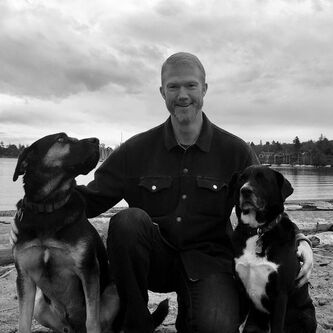 ​​Jeff graduated from the Atlantic Veterinary College in 1997 and then continued on to Florida to complete his Veterinary internship. While in Florida Jeff focused on canine behavior and dermatology. Since then Jeff has operated several clinics in Calgary and Airdrie always with a priority of great client service and patient care. He now spends his time between Victoria and Calgary. His three rescue pets at home are Cola (Pitbull/Lab Cross), Dexter (Brussels Griffon) & Sheriff (Domestic Longhair Cat). 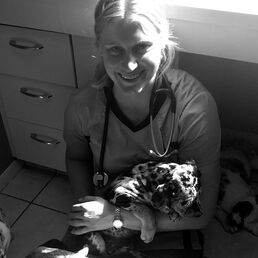 Dr. Mallory Green grew up on a farm outside of Blackie, AB, south of Calgary, and had a love of animals from a young age. After high school she attended Williams College in Williamstown, Massachusetts on a hockey scholarship graduating with a Bachelor of Arts degree in Biology in 2009. She obtained her Doctor of Veterinary Medicine (DVM) degree from the University of Calgary in 2015. After graduating vet school she worked for four years in mixed animal veterinary practice in Carstairs, AB, and worked at our Westmount location before coming to West Springs Vet Hospital. In her spare time Dr. Green enjoys hiking, golfing, skiing, snowshoeing and traveling. Dr. Green has a special interest in ultrasound and also has a Certification in Natural Veterinary Nutrition from the College of Integrative Veterinary Medicine (CIVT). Dr. Geneviève Harris grew up in Oakville, Ontario, knowing that she was going to pursue a career in veterinary medicine for as long as she can remember. She completed a Bachelor of Science at the University of Guelph, and graduated with distinction from the Ontario Veterinary College spring of 2020. During veterinary school, she was involved with community outreach activities across southern Ontario, helping to provide veterinary care and preventative medicine to pets in First Nations communities. As part of her curriculum, she worked for several months at a clinic on Salt Spring Island, BC that focused on fear free handling and methods to reduce patient stress during veterinary visits. She is a Certified Fear Free Professional, and is looking forward to making her patients’ visits as positive as possible. Her other professional areas of interest include internal medicine and ophthalmology (and snuggling puppies, of course).

​When she isn’t working, she loves spending time outdoors with her fiancé Mike, and their two Golden Retriever mixes named Guinness and Charlotte. 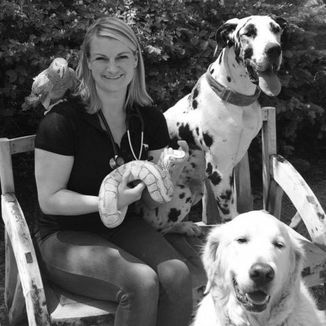 Dr. Morgan Primrose graduated from the Western College of Veterinary Medicine in 2013, after completing an undergraduate degree in Animal Biology at the University of Alberta. She then spent the next 4 years practising as an emergency veterinarian within Calgary, gaining a broad spectrum of skills and experience within the field. She continues to maintain a strong interest in emergency medicine, surgery and exotic animal care. Having an active family at home, she decided to continue her love of veterinary medicine in a general small animal practice, thus joining our team in 2017.

When not at work Morgan can be found with her two-legged, four-legged,
​fur, feather and scale family, comprised of 3 kids, 4 large dogs, 4 cats, 6 warmblood horses, a Congo African grey parrot, and 2 ball python snakes. There is not a critter, big or small, she doesn’t love

Originally from Manitoba, Nicole moved to Alberta several years ago. She grew up loving all animals but had a special passion for horses. Following her passion, she received her diploma in the Animal Health Technology program in 2008. As a new RVT, she worked in a variety of different areas in the veterinary world including small animal, equine, emergency care, and bovine embryo transfer. Working in these different areas allowed her to gain vast knowledge and experience. After moving to Alberta, she was hired on with Dand Veterinary Clinics as an RVT and helped Dr. Dand to bring Springbank Pet Hospital from the ground up. Over the years she has helped with the opening of several clinics including a few on Vancouver Island and soon realized her passion for management as well as the business side of veterinary clinics. She now manages and operates the four Dand clinics in Calgary and is enjoying every moment of it. She currently has two pets, Nim a little black cat and Phoebe a rescue white shepherd mix.

Brooklynn was born and raised in red deer. She graduated from Grande Prairie College Animal Health Technology program in 2018. She has always had a passion for rehabilitation and is very excited to be qualified in class IV laser and trained to operate the water treadmill.

​In her spare time she will be found with her two dogs hiking in the mountains. She has a pug named Marsha and a mini Australian shepherd named Harper. ​​

Chloe has been a Registered Veterinary Technician since she graduated from Douglas College in 2016. She was born and raised in Vancouver, BC and moved to Victoria in 2018 which is when she first started her career at the Dand Veterinary Clinics. Chloe has been in the veterinary industry since she was in high school, volunteering at a local emergency clinic which spiked her interest in becoming a vet tech. Working with animals has always been a passion of hers, with a special interest in anesthesia and emergency medicine. Chloe has two dogs, a 17 year old Bichon/Schnauzer, and a 3 year old Rottweiler cross. ​

Kieran was born and raised in Calgary. She is in her final year of her undergraduate degree at Queen's University. Before coming to West Springs, she worked at Springbank Pet Resort where her love of animals truly blossomed. As much as she misses the dogs at the resort, Kieran decided that the clinic setting is where she wanted to be. When she isn't at West Springs Vet Hospital giving your pets treats, Kieran enjoys hiking, playing soccer, and spending time with her Nova Scotia Duck Tolling Retriever, Reese. 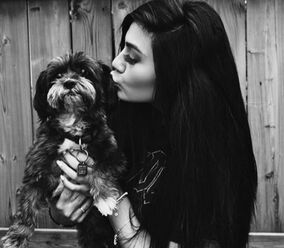 Sonja was born and raised in Calgary. She is in her final semester of a Bachelor of Science in Chemical Engineering with a Specialization in Biomedical Engineering and a Minor in Biological Sciences at the University of Calgary. Ever since a young age Sonja has been passionate about animals and hopes to continue her schooling in the future as veterinarian. When she’s not in school, studying or spending time with her dog, Kiki, Sonja loves to spend her free time skiing and traveling. ​

Stephanie grew up in Calgary and moved to Vancouver Island to obtain her Bachelor of Science in Linguistics. After living in Victoria for 5 years, she decided it was time to move back to Calgary to be closer to her family. She has always loved animals, and currently has two very cute kitties, Sushi and Figaro. In her spare time, Stephanie loves to bake, rock climb, and hike.

Kelly was born and raised right here in Calgary, Alberta. She is excited to be part of the West Springs team to gain experience and knowledge of the vet industry before pursing her goal of becoming a Vet Tech. Before coming to West Springs, Kelly worked at the Springbank Pet Resort as a care giver and receptionist. This is where her passion for animals grew and she soon realized she wanted to transition into the vet clinic setting. Kelly enjoys spending her free time in the mountains snowboarding and adventuring with her mini daschund, Stevie.